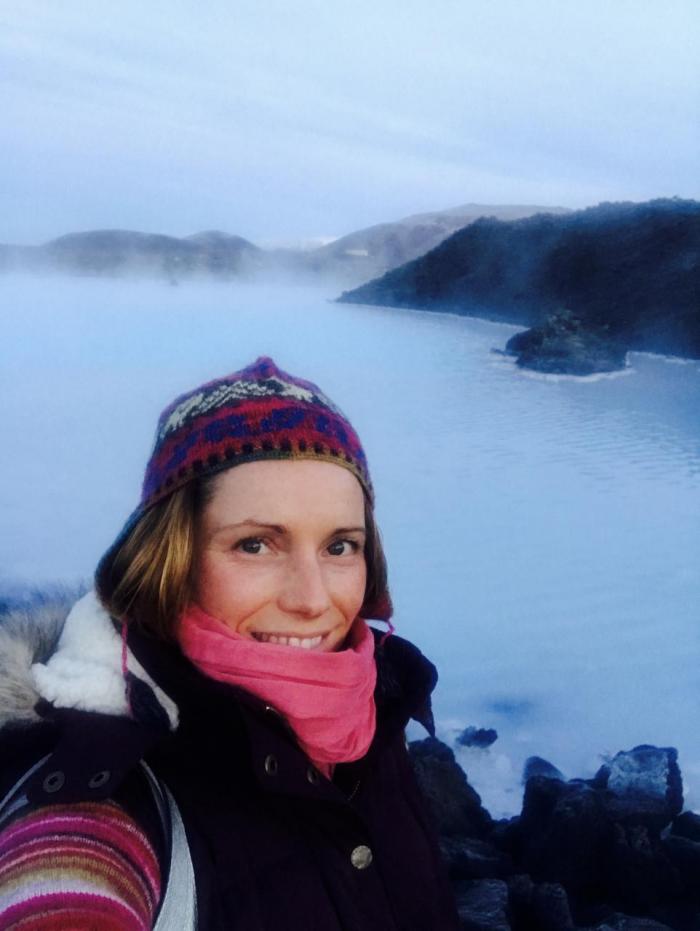 I have just returned from a short trip to Iceland… A magical place that has long been on my bucket list of dream destinations.   My infatuation with hot springs and my desire to witness the northern Lights (Aurora borealis) has made this small island alluring for many years. It was like stepping onto another planet! 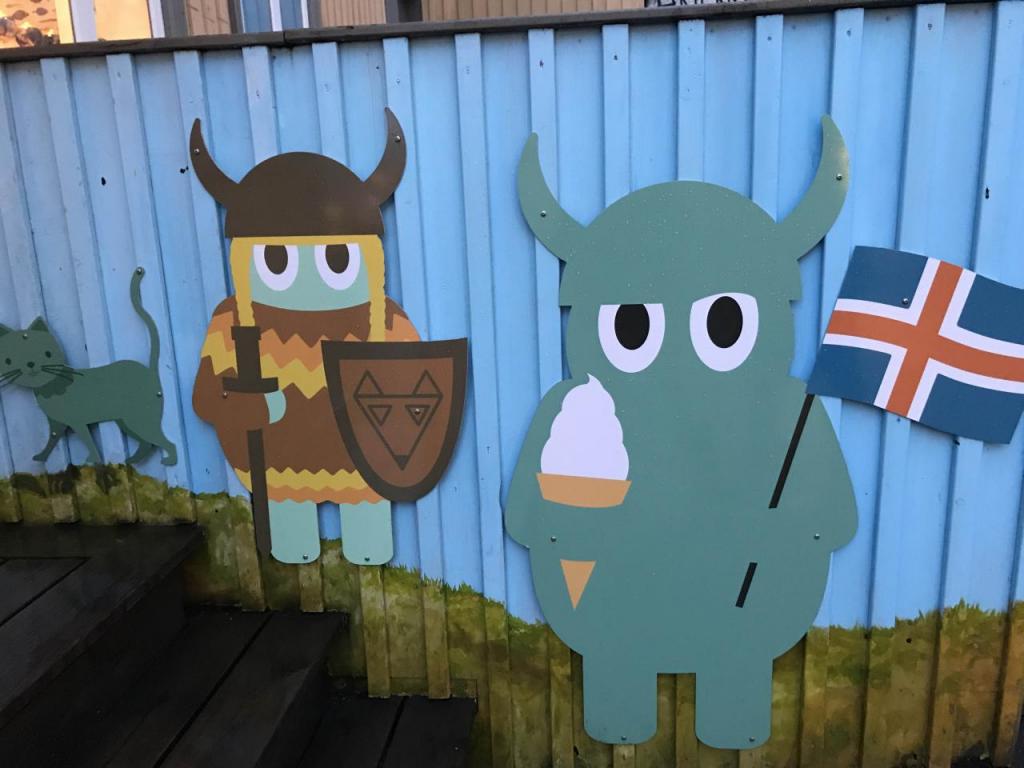 Iceland is situated in the far North Atlantic ocean close to Greenland. The island itself is formed of lava, a jet-black volcanic rock.  It is a volatile place with live volcanoes and shooting geysers. This thermal activity is harnessed and used as a clean energy source for the countries  electricity, heating, and the most exciting of all—cooking. 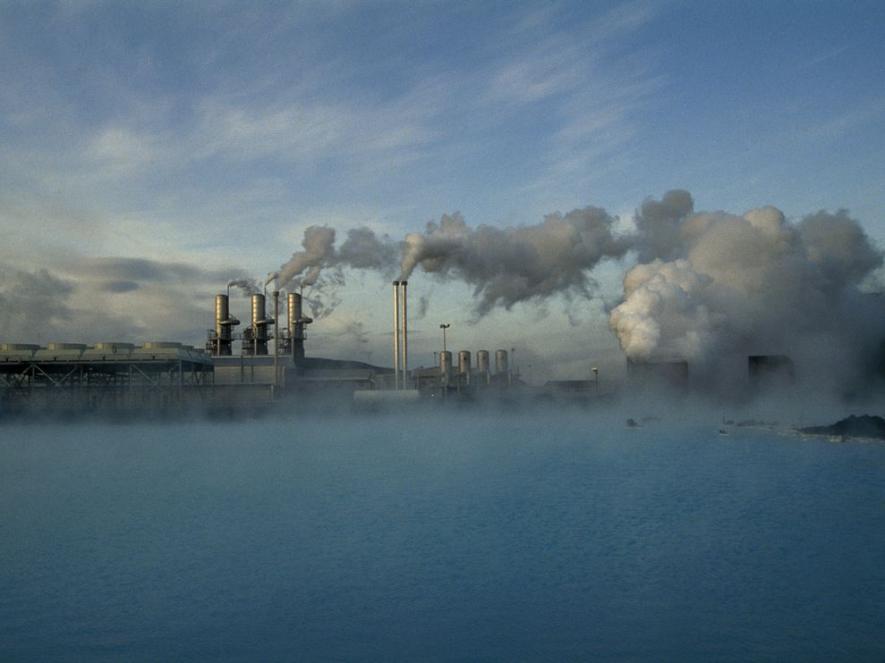 Many ‘tours’ that take you to geysers and hot spring areas for a swim and some will invite you to dip whole eggs into bubbling sulphur pools and enjoy the cooked contents minutes later.  Other locations still bake a traditional Rye bread by burying it in the ground under a pile of black sand into it’s cooked. 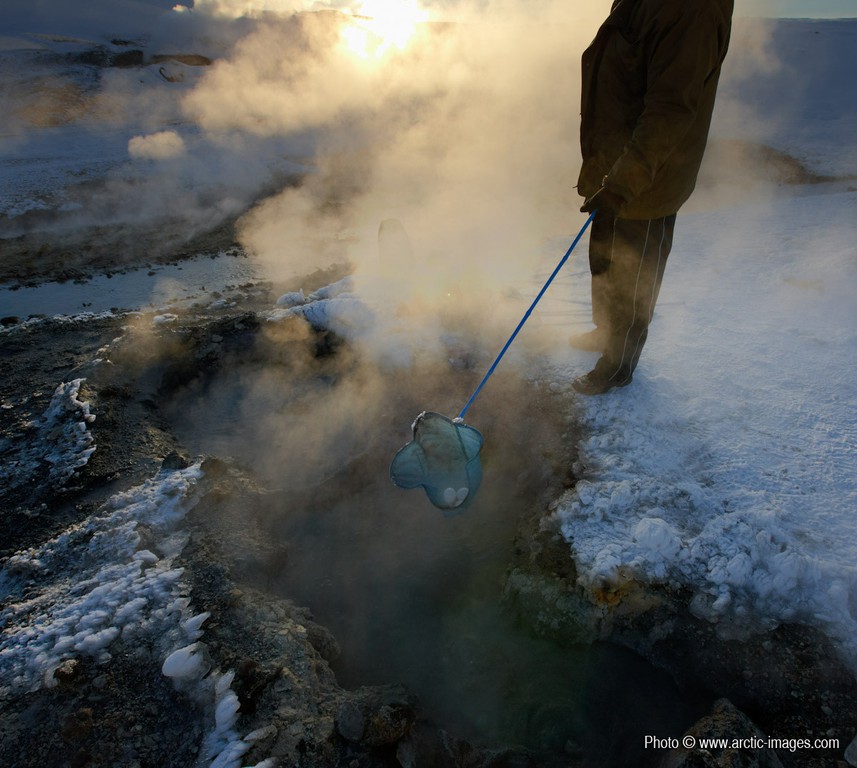 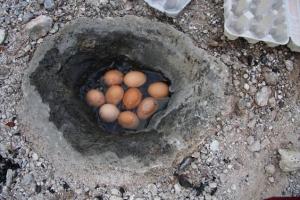 Throughout the landscape there are spots of geothermal activity that are a bit ‘livelier’ than others.  An hour and a half to the North East of Reykjavik, at the base of a mountain range, is a town called Laugarvatn.  This town is situated on the shores of a massive fresh water lake with several hot springs surrounding it.

The hot springs range from 100°C or 212°F— and you can see has steam rising off of then from a distance.   At Laugarvatn Fontana, a geothermal bakery and spa, they harness the energy to make their traditional, moist but dense Rye bread known locally as Rúgbrauð.
We were fortunate enough to spend some time at the lake and decided to have our dinner at the Fontana restaurant.  Before our meal we were invited outside to walk the surrounding grounds and see the spots where the Rúgbrauð was being gestated slowly in it’s earthen womb.

To the un-trained eye, the sandy area just looked like an ordinary patch of dirt with a few mole hill sided mounds scattered about.   on closer inspection you could see that each mound was the same size and shape and that each was capped with a fist sized stone, yarning the spot of each earth oven.  Underneath these piles of black sand was a hidden hotbed of activity, a hidden alchemy of food, water and thermal energy acting to produce an amazing tasting bread, only found here in Iceland. It takes 24 hours for the bread to bake—unearth the wrong one and you’re in trouble as it will quickly cool and only be fit for the compost. 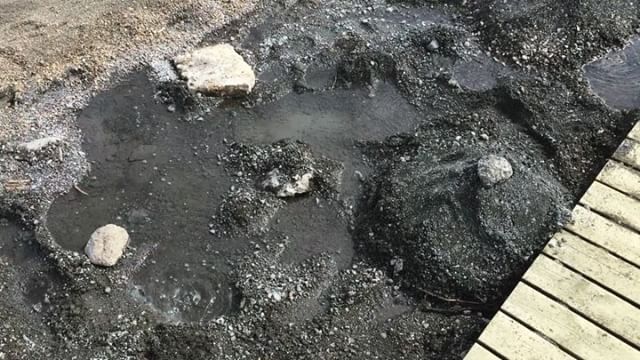 This traditional bread is real ‘slow food’ taking, on average, 24hours to rise and become fully cooked.  Once it is unearthed it is usually eaten within one day so as to make the most of it’s moist and fluffy texture. We ate ours along with a lightly spiced pumpkin soup, which was perfect for warming us up for a night of sky gazing out on the ice. *Check out the recipe below 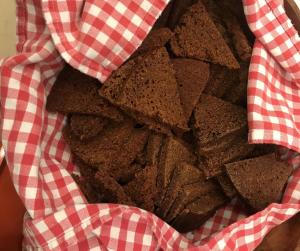 The culture in Iceland, culinary and otherwise, is based on one principle: respect. The people of Iceland understand what Mother Earth gives them, and they use it with a ‘do no harm’ attitude.This too is evident in the simple but tasty cookie and exemplified by the harnessing of the naturally occurring heat energy produced but he earth herself.

The Kjot and Kunst restaurant cooks all of their dishes on outdoor geothermal stoves, quite a sight for a chef to behold! 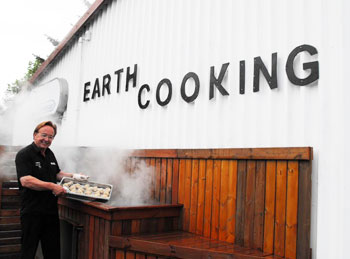 The chef-owner of K & K Ólafur, prepares all of his dishes with seasonally available produce.  Since the island’s ground is mainly rock and the weather is cold for a lot of the year, growing produce in the ground is difficult.  How can one possible grow food in the iCE i hear you ask…?

Iceland does infect have brief growing season and a few items can be cultivated when the ground is hated and the long days provide enough light for vegetables and berries to be harvested.  To overcome the problem of a limited growing season the Icelanders have once again harnessed the Geothermal potential to help produce year round food.  Scattered around the island are geothermal greenhouses that combine natural sunlight with steam heat and provide a gentle environment in which vegetables and berries thrive.  Kjöt og Kúnst gets their fresh vegetables primarily from these greenhouses. The entrees to choose from include many traditional Icelandic delicacies including wild Horse, Sheep meat (including the testicles, yum), Beef, Chicken, and a wide variety of Seafood.

To each side of the restaurant sits a stove that Ólafur has built specifically to capitalize on the enormous amounts of geothermal energy billowing out of the ground. The stoves four ‘burners’ consist of a few holes that allow the steam to pass through the middle of a pile of volcanic rocks. Unlike stovetops that use a hot dry heat, these natural elements use the heat of the steam that surrounds the pant cook the food. This slow moist cooking method results in Incredibly moist and tender food.

*For this recipe you will need a geothermal active area in which to bake!

Lightly grease a heavy, flat bottomed 3ltr pan with choice of vegetable oil or butter
Blend the dry ingredients in a large bowl or in kitchen aid if you have one
Slowly add in the water and the milk, taking care to mix well.
Place dough in pot, add a round of baking paper to the top of the dough and then lid
Wrap the lid tightly with cling film so that the water does not get in
Dig a hole in the earth big enough for your pan and a 6 inch covering of earth
Place pan in the hole and cover with earth, pack well
Leave the bread for 24hrs, don’t forget to mark your hole so you can find your pan!

Slice when still a little warm and serve with topping of your choice!

This website uses cookies to improve your experience while you navigate through the website. Out of these, the cookies that are categorized as necessary are stored on your browser as they are essential for the working of basic functionalities of the website. We also use third-party cookies that help us analyze and understand how you use this website. These cookies will be stored in your browser only with your consent. You also have the option to opt-out of these cookies. But opting out of some of these cookies may affect your browsing experience.
Necessary Always Enabled
Necessary cookies are absolutely essential for the website to function properly. This category only includes cookies that ensures basic functionalities and security features of the website. These cookies do not store any personal information.
Non-necessary
Any cookies that may not be particularly necessary for the website to function and is used specifically to collect user personal data via analytics, ads, other embedded contents are termed as non-necessary cookies. It is mandatory to procure user consent prior to running these cookies on your website.
SAVE & ACCEPT